Main objectives: In today’s world, wireless mobile communications devices are creating new dimensions of interconnectedness between people, places, and urban infrastructure. The emergence of powerful computerized infrastructures, mobile devices and wireless networks has already started to move computing away from the office and embed it in the public spaces, building and personal objects. This ubiquitous connectivity within the urban population can be observed and interpreted in real-time, through aggregate records collected from communication networks. These embryonic forms of ubiquitous computing technology have already had a major impact on the ways that people work, learn, entertain and interact.

The ubiquitous computing vision places humans at the center of pervasive environments, i.e., environments saturated with computing and wireless communications capacity yet gracefully integrated, so that technology recedes in the background of everyday activities. Thus, populations of computing entities - hardware and software - will become an effective and active part of the environment that participate in the interaction with the user by performing tasks that support his broad purposes without his continual direction and explicit commands, thus allowing him to be largely unaware of them. Turning this vision into reality is clearly a long-term goal but there are already a variety of mechanisms, techniques, methods and systems that have come out and been applied.

The common use of wireless technologies has made it possible now to offer new services, without involving large investments. However if these new services are to be implemented for a wider and effective usage, their ergonomics and their ability to satisfy users' needs, expectations and wishes, must be seriously considered along with larger questions of energy/resource efficiency, privacy and security.

The general concept of “intelligent (smart) room”, which comprises of designing spaces (offices, kitchen, hospital rooms…) equipped with various sensors (microphones, cameras, infra-red detectors, wearable micro-sensors of biological signals...) managed by a computing system, has been in the offing for a few years now. These systems analyze the signals in real-time and respond in various ways (audible alarms, vocal answers, change of the environment parameters) to the needs, requests and expectations of the human actors. The natural evolution towards larger “perceptive/pervasive spaces” (as “smart campus”, “smart areas/districts”, “smart city”, or even "smart country") implies the appearance of new problems and poses a challenge in the management of complex information systems, particularly integrating the contexts of the end-users within it.

In large perceptive spaces, along with the audio (speech) and visual (video) signals, other signals as those representing parameters of the environment like temperature, light, moisture, number of people, displacement of crowd, number of vehicles, or many geographical information on agriculture, the environment, pollution, etc. are also processed. Then contextual information of the people such as their location and the follow-up of their position within the environment will become the fundamental data, even more beneficial if it could possibly be processed in real-time.

Research axes and activities: In this context, the PSI Department activities will aim to study and develop intelligent information management systems for large-scale environments which dynamically aggregates the contextual information of the user based on which, the system could generate, customize and deliver pertinent and dynamic content/information. Figure 1 describes the three sets of tasks that will be studied in a user-centered processing loop. Therefore, three main research directions are followed in the PSI Department: 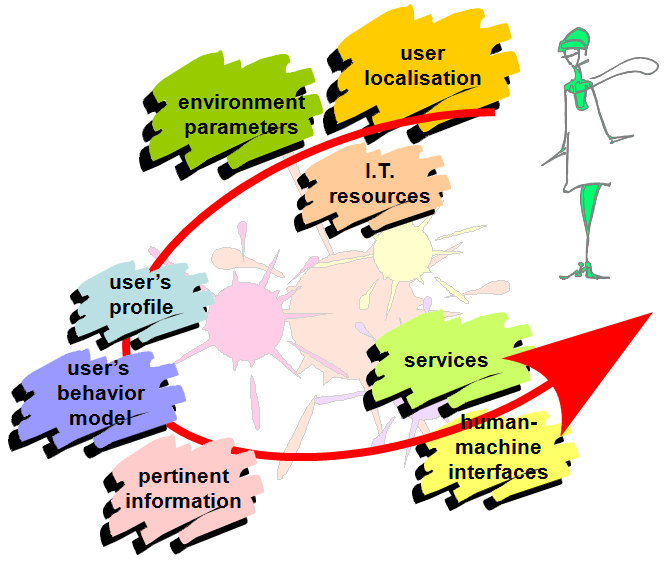 Figure 1. The three sets of essential tasks of the processing loop centered on user

Aggregation of information from the users and environment:
This first series of scientific and technological challenges will rely on geographical location information of the user along with other parameters (like indoor/outdoor, building type, day or night, seasons, etc...) of the user's immediate environment. This information will be aggregated through a constant flow upstream into the intelligent information system of varying nature and intensity reflecting the specific environment in question. Handling such a system in a large scale has its own share of problems like large number of users, variation in needs, types of physical structures, indoor, outdoor spaces, blind areas, energy management and optimization, unstructured data management, etc. The technologies and processes that will be developed shall be modeled in a generic way in order to be deployed in any environment case.

Generation of pertinent dynamic content based on user context:
In a large perceptive environment, the content of services that could be served to the user would vary in its scale and relevance. Based on the information aggregated into the system about the user and his environment, a profiling of the user and his behavior would be made possible which will aid the system to determine the broader relevance of information that could be served to the user. This entity sets the stage for automating a cyclical process of dynamically extracting, generating and delivering of pertinent information on the basis of the collected low-level unstructured data.

In this direction, the main research activities will be involved in developing models for data extraction, knowledge representation and context reasoning, characterization of high-level user activities, etc.

Service delivery through an effective adaptative human-machine interface:
The effective delivery of thus generated information, rendering contextual services to the users, would depend on the adaptive interactions between the user and the information system. The human-machine interface studied and implemented through apt platforms would need to seriously consider the interactions between the user and the system. This interaction will be based on the results of context analysis and user’s profile/behavior analysis, while best meet the needs of the user, but also their habits and preferences. 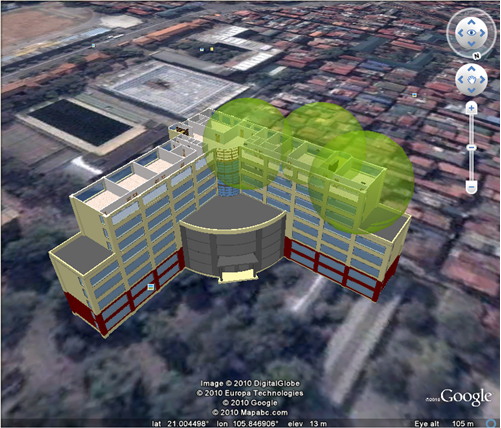 In this context, the research activities in this direction are quite vast and depend strongly on the specification of applications. Dynamic interfaces may be proposed that take into account of the device used by the user as well as computing/multimedia resources that could be (and available) in the immediate vicinity of it. The research activities therefore focus on the generation and management of dynamic reconfigurable interfaces. The use of service robots will also be a possible solution designed to provide a more humanized interaction. In addition, the realization of effective interfaces will utilize the proposed developments by the two other research departments of the MICA Institute, including for example, speech technologies considered by the "Speech Communication" Department, and recognition of gestures and faces proposed by the "Computer Vision" Department.